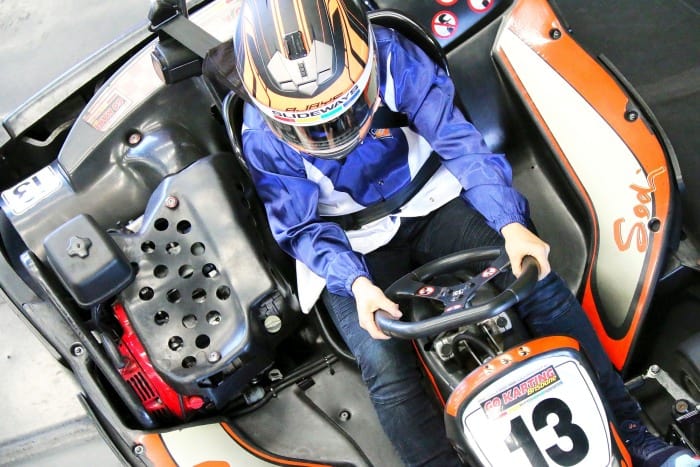 Participants from the New South Wales, Victoria, South Australia, Tasmania, New Zealand and an ‘All Stars’ team, hit the track to get the blood pumping ahead of the opening legs of the series at Doomben today.

The action returns to Doomben for metropolitan racing on Saturday (December 9), featuring the Listed Brisbane Handicap and the Listed Just Now Quality, before moving to the Sunshine Coast Turf Club for the final legs on Sunday (December 10).

Cassidy was bullish about his team’s chances on the Go Kart track and delivered in style, beating home South Australia’s Dwayne Dunn and fellow Kiwi, Damian Browne. And, he is pumped ahead of the first leg of the series in Race 5 (4.50pm) today.

“I think we might have to do the haka before we come out just to get the juices flowing,” he joked.

Back from Singapore to help NSW defend its title is one-time Queensland apprentice and Melbourne Cup winning jockey, Michael Rodd.

“It us good fun and a good opportunity to represent our state. For me I always think of State of Origin football so for me and Tye to pull on the Blue Jersey to represent NSW is very exciting,” Rodd said.

“I feel like Queensland is home too (but) I bleed blue, and we’ll definitely be doing our best this weekend.”

Check out all of the action below!

The @UBET #OriginJockey launch is under way! Tune in live on @Puntersland Facebook page pic.twitter.com/O2JpY2B2xP

Some lucky competition winners from the @BrisRacingClub and the @SCTurfClub getting ready to race the @UBET Origin Jockeys #OriginJockey pic.twitter.com/d5HCxPtPTE

Qualifying times are in. Nolen and Cassidy from the front row. @dwaynedunn8 looks set to pounce after an aggressive qualifying round. pic.twitter.com/WqKizC77kM

Off and racing! #OriginJockey competitors getting to know each other on a different track. pic.twitter.com/qxashWjtEB

At today's UBET #OriginJockey Series Launch we caught up with some of the leading hoops to get their thoughts! MARKETS – https://t.co/4Ubs8miOGv pic.twitter.com/6Z3GPUjEZV

Racing Queensland has the full series run down

Heaps of video interviews are posted on Puntersland

Check out the story on the Courier Mail